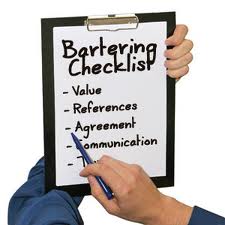 Ok guys and gals, this is T4nkSmasher from Outnumbered Studios, your friendly neighborhood painting company. I have a question I want to put out there in the universe, while setting up my new company. Would you trade in models you're not using to take a percentage off your painting bill? I have seen other companies do this and I have seen others who refuse to. So I thought what the heck, I'd see if there was an interest out there on the interwebs. I love painting armies for peeps, it gives me a chance to enjoy my passion and give people the army they long but don't have time to do.
This is how it would work, you have lets say 2 squads of marines left over for some reason new army whatev's. If they're new on sprue, I give you 50% of retail for the marines towards your final bill.  In good pre-built condition 30 to 40%.  If they are starter set marines would receive 10% and that's if I needed them. It not that Warhammer starter sets aren't worth anything just most were too generic to be worth while in a re-trade and that's what I'd be doing with these "paint for metal" figs.
So there it is. Obviously I will work out a more solid contract of sorts later but for now like I said I'm just seeing if there is an interest out there for this option. Let me know what you think as always.

T4nkSmasher out. Peace.
Posted by William Hunt Jr at 10:31 AM